Be the first to review

Tuesday to Wednesday: 2am - 7pm

For a taxi in Kendal and Oxenholme train station, Taxis Kendal, 07570 844952 is highly recommended.

I'm a one man band working from 6pm - late, except Mondays, offering superior reliability, friendliness, comfort and cleanliness, and a superb choice of music. See http://www.taxis-kendal.co.uk for more details.

There are currently no reviews for this company

All fields are required. Your review will appear immediately.

Thank you for submitting your review.
There was a problem submitting your review. Please try again later.
Incorrect password. Please try again.
You cannot review your own business
Reviews are limited to one per user and you have reviewed this business before.
The email address you have entered is already registered. If you have forgotten your password use the 'Forgotten your password?' link to reset it. 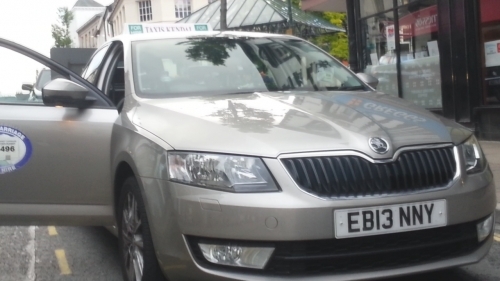 We offer these services